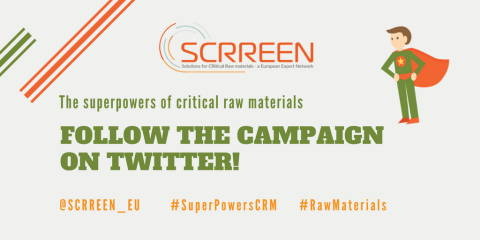 The final visual of "The Superpowers of Critical Raw Materials" campaign, launched by the European SCRREEN project, is about the rare earths. In order to avoid counterfeiting, Euro banknotes are made with special inks which contain two rare earths: europium and terbium. Read the visual to know more about these raw materials.

The aim of this campaign is to raise the European public awareness of the 27 CRMs. 12 different visuals have been published whose aim is to make the general public aware of the different forms which CRMs take part in our day-to-day life. The previous visuals are also published here.